Second only to planting flowers in the spring, this is definitely one of my favorite times of the year.  The changing of the leaves, bales of hay, scarecrows.... 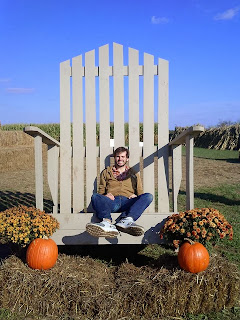 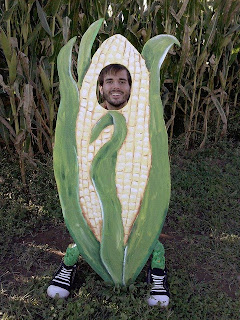 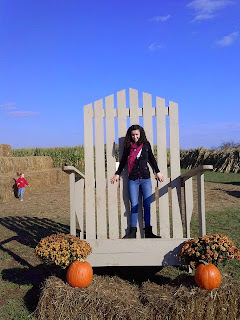 I have a passion for pumpkin anything and everything.  I love the way they look, taste, and smell.  I have a weakness for  pumpkin latte', carving pumpkins, eating pumpkin rolls and pumpkin pie…you name it! Every year, we have a family tradition where we all select a pattern to carve jack-o-lanterns and spend hours cleaning out pumpkin innards, poking dots, sawing, and finally placing the candle inside to watch the magic!  Jeff, however, doesn’t share the joy of post carving finger cramps, so his job is usually limited to photographing the masterpieces.   This year, we weren't going to let this chemo treatment get in the way of our annual pumpkin carving fun!  Since we’re all fans of The Walking Dead, Lauren and I decided to carve the zombie bicycle girl and one of the show’s heroes named Daryl.  Jesse drew his own pattern and carved a traditional jack-o-lantern, and Oriana carved “Scraps” from Corpse Bride.  Jordan had an upcoming calculus exam, so he spent most of the festivities studying.  While carving, Lauren played the 75th anniversary edition DVD of the Wizard of Oz while we sang along. We finished the last pumpkin well past midnight and, thanks to those steroids, I was the last one asleep and the first one awake the next morning. 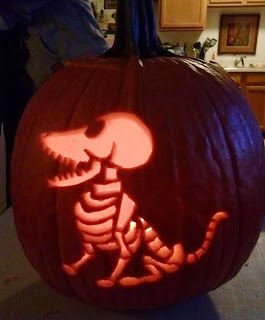 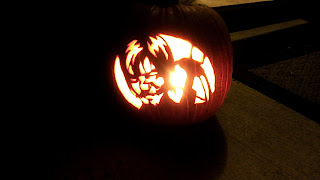 My "Daryl" from "Walking Dead"

During Thursday’s chemo infusion, Sylvia and Carol came to visit, followed by a short visit by Sylvia’s sister Sandy, Liz, and Lauren.  Only one third of the infusion chairs were in use and I selected one on the far end away from the restroom and the refrigerator.  I’m totally aware of the two person per patient policy, but I’m not asking anyone to leave, especially when they drive five hours and and/or take off work to see me!   Between the chocolate truffles, the cupcakes, and the time we spent pouring through old photo albums, the five hour treatment seemed like a song and a dance. 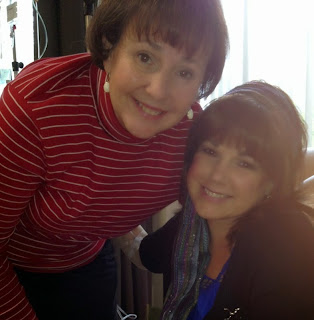 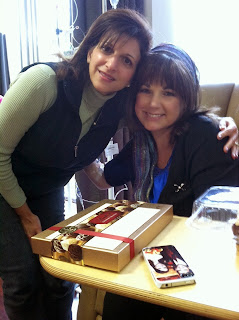 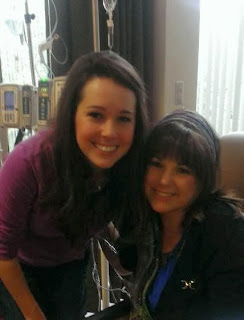 Well…the next day, I get a call from Dr. Moss saying that there were complaints from other patients wondering why there were so many “non- patients in the room”.  Dr. Moss explained to me that many of them were immune suppressed and trying to sleep.  I told her that I was mislead during the infusion lab tour.  We were assured that my “entourage” was welcome.  Dr. Moss said that they ARE welcome but only two at a time and added that it simply CAN”T happen again.  Sigh.  I certainly don't want to disturb anyone trying to rest, but I seriously doubt that was the case.  Thank goodness there’s only one more infusion…I’m trying really hard not to cry these days.  Every time I do, two or three eyelashes join the tears on the tissue.

My entourage/posse’ and I met a fantastic fighter at my last infusion. She posed while wearing boxing gloves at her treatment and had the nurse take photos for her friends.  I’m in awe of her beauty, strength, and courage.  She and I compare our war stories, as most of us women seem to do, and build each other up for the next round of the battle.  I have no doubt she’ll win.

I’m officially 75% finished with my chemo treatments, and for that, I am so happy!  As a result of my chemo treatments, my fingernails are turning black and could possibly fall off. The idea of that possibility has me, to say the least, completely freaked out.  Days 3, 4, and 5 are usually my miserable days following chemo treatments, so I’m hoping and praying that the nausea and migraines only lasts that long this time.   I'm finding that the nausea seems to be a little worse after each treatment, however, I'll do whatever it takes to distract myself from barfing.

Lauren happened to mention that she’ll be in town interpreting for the deaf during Jamie and Bobby Deen’s cooking segment at the food show at Lexington Center on Saturday (typically one of my worst days after chemo).     I was...and am...so mad that I couldn’t be there to watch her (and taste the samples).  Damn chemo! 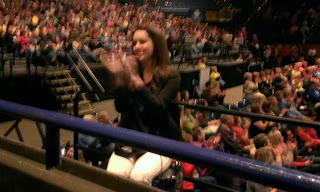 Lauren interpreting for Bobby and Jamie Deen at the Food Show at Lexington Center.  She had her teammate Rose take a photo for me. :)

Jeff is a saint.  Now that he knows what I can tolerate eating and drinking while on chemo, he now makes the trip to the grocery for all the ingredients for organic chicken noodle soup and spends hours cleaning, chopping and preparing food for me. The rest of my diet during days 3-5 include rice, saltine crackers, Ginger Ale, Sprite, and Greek yogurt. That’s about all I can handle for a few days.  Somehow, however, I’ve managed to gain four pounds since I started my chemo treatment!  “Who does that?” I asked the nurse at Dr. Moss's office.  She said, “Thanks to the steroids, almost everyone, Ann.”  Well…great. 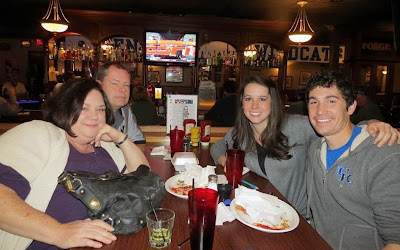 Happy Anniversary to my sister Gail and brother-in-law Shane!
(@ O'Neill's with Lauren and Jesse).