A Year of Change

“This year is going to suck,” said Dr. Brown, the radiologist at St. Joseph Breast Center in Lexington.  That was one year and 21 days ago.  386 days.  Lauren and Jeff, who were both in the room, heard her say it too.  Her words, abrasive like sandpaper, I'm sure sounded differently in HER mind. She was trying to prepare me for the next 12 months.  In some ways it seems like yesterday, but actually, some days were longer than others.  As Navin Johnson said to Bernadette Peter’s character in the movie “The Jerk”: “The first day seemed like a week and the second day seemed like five days. And the third day seemed like a week again and the fourth day seemed like eight days…..“   Yes.  That about sums it up.

Prior to that day, I would have thought they were crazy if anyone had told me that in the next 55 weeks, I’d be diagnosed with stage IIB breast cancer, have a lumpectomy, another surgery to remove a hematoma, four rounds of chemo, 33 radiation treatments, watch my Mini Cooper burn to a crisp on the shoulder of Mountain Parkway, lose my former boss and co-worker, get a promotion, watch helplessly as Lauren and Jesse pack and move to St. Louis, lose my beloved dog Buddy, and a former co-worker who took his own life this month.

It turns out that my Mini Cooper fiasco is the biggest topic of conversation surrounding my blog posts.  I still have no idea what caused it.  I paid off what I owed on the car and bought a 2005 Volvo (borrring) that has some issues, which of course didn’t arise until I had the car a couple of months.  Sometimes, when I press the brake, the horn honks.  It’s really embarrassing at stoplights.  Many have asked if I sued the manufacturer.  I'd be a terrible plaintiff. "Were you injured in the incident?" the defense attorney for Mini Cooper would ask. "No. I'm fine," I'd say with a smile.  This is what my Jeff, the lawyer, envisions. He's probably right.  And quite honestly, I agree.

I still can’t talk about Buddy without crying.  I’ve had many pets in my lifetime, most of them for ten years or more. Buddy was only in my life for four short years, but never have I loved a pet so much.  His tired, old body just gave out. Buddy’s vets Dr.’s Mark and Melanie Greene were kind enough to come to our house to put Buddy to sleep, one of the few benefits of small town life.  We all four cried while saying goodbye to one of the sweetest dogs ever.   He died on July 1, the hottest day of the year.  Jeff stabbed at the parched clay dirt for thirty minutes before I joined him by the grave.  Sweat was pouring off of him as we viewed the progress, only about 1/6 the size of Buddy’s “casket”, Walmart’s biggest Rubbermaid container lined with pillows and his favorite ball.   I said, “I have an idea.  Why don’t we have him cremated?”  Jeff looked at me and said, “You think of this NOW?”  While he was outside digging, I called my sister Gail, who always has 25-30 cats (no exaggeration at all!), along with a big Great Pyrenees dog.  She suggested Bluegrass Pet Crematorium in Lexington.  We brought Buddy to Gail and she and my brother-in-law Shane were kind enough to take him for us. We just couldn’t do it.  Bluegrass Pet Crematorium returned him in a beautiful carved wooden box with an imprint of his paw pressed in clay.  I still haven’t decided if we’ll bury it. 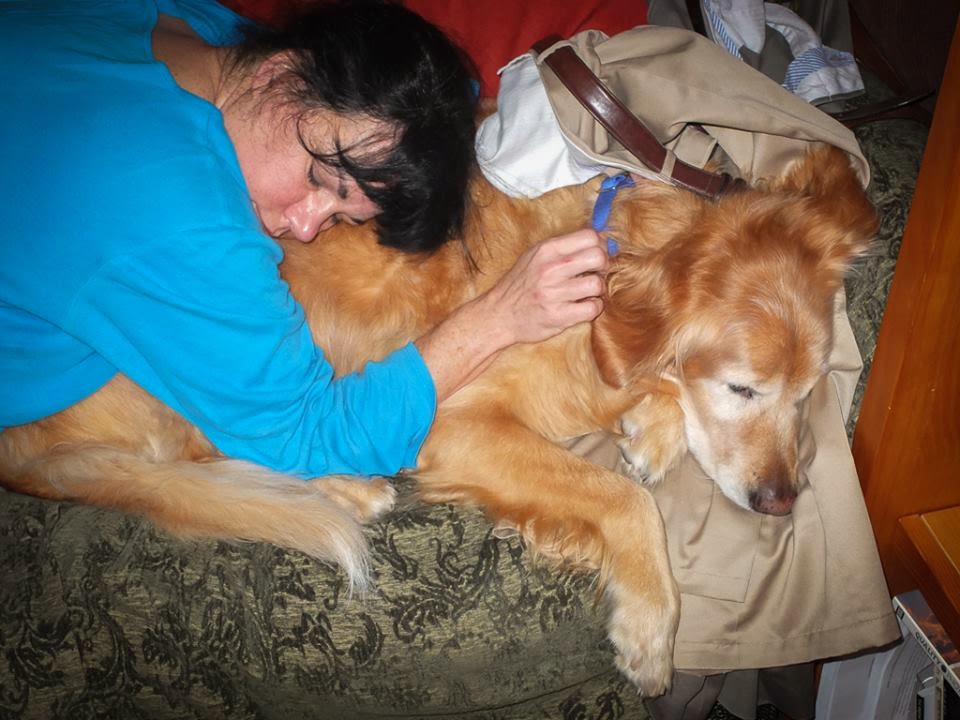 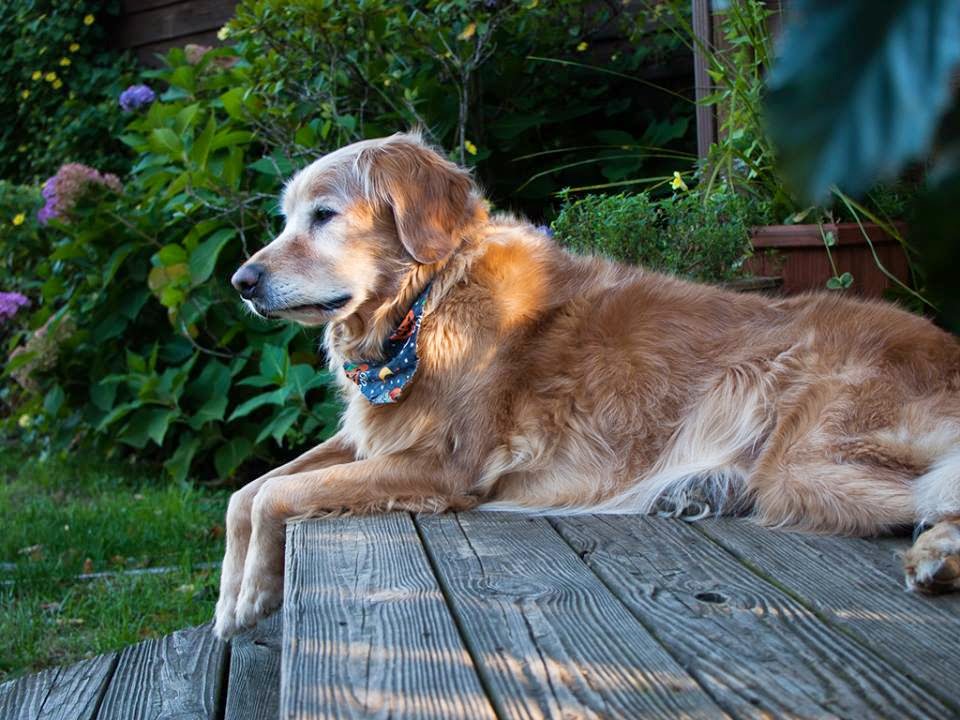 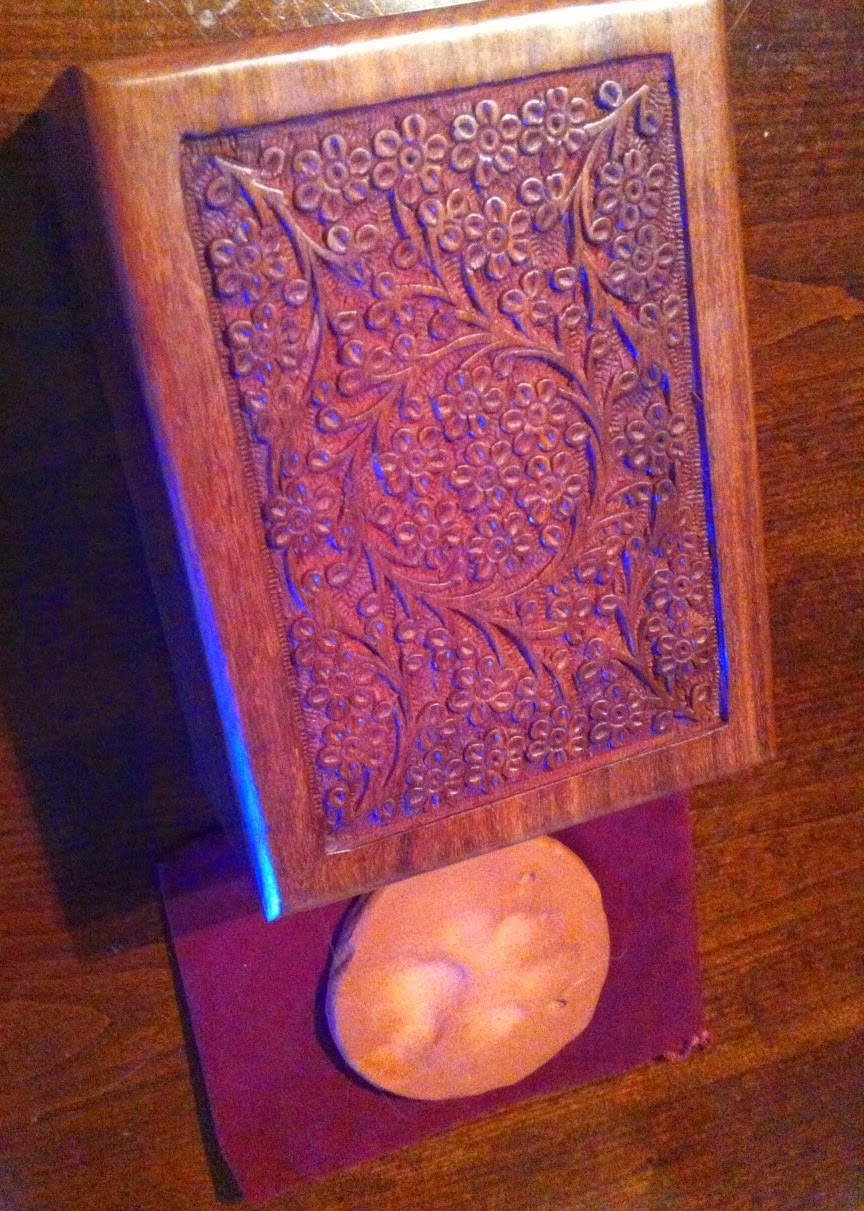 Now, for hopefully the last two big events of the year:  rotator cuff surgery was July 3 ....

The view of the top of my shoulder.  The exposed bone (left) is in the middle. The photo on the right was taken post surgery.

and ….gulp…my boss Bob Little, V.P. of Sales, is retiring August 30.
I feel so blessed and honored to know this man- a true leader, motivator, and a friend to everyone who crosses his path.  At each meeting, he leads the troops in prayer, thanking God for our safety in our travels, blessing our meals, and praying for guidance.  The man has charisma and some humongous shoes to fill.  I’ve learned so much from him these last 19 years, all of it taught by example.  I’m so happy for him and sad for the KY Lottery. 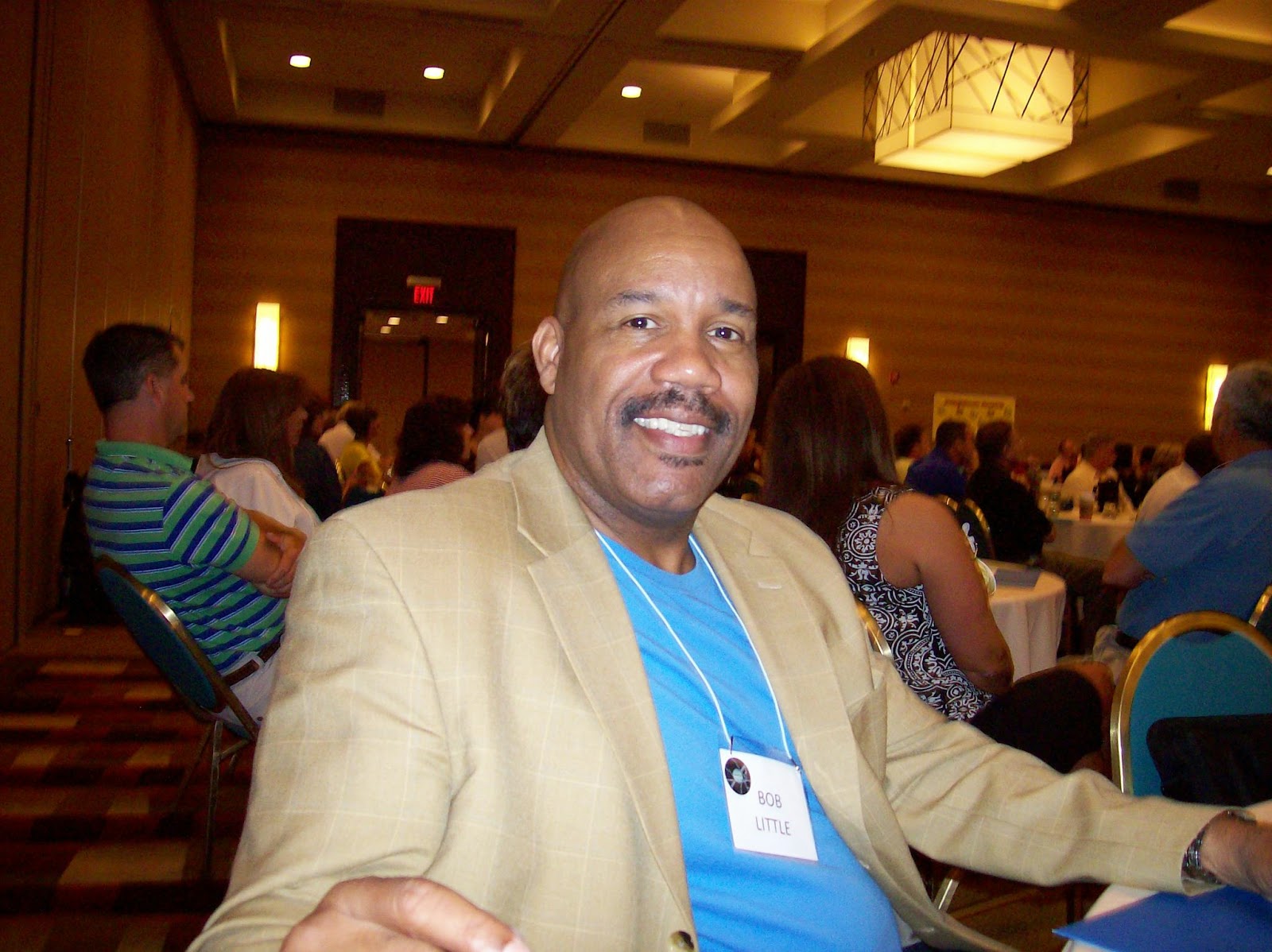 It’s just been a rough year.  I’m trying so hard to stay positive, but the curve balls keep coming.  My first of several dozen physical therapy sessions (for the rotator cuff) at Highlands Regional Hospital was this week and I’m already drained. It’s not the physical therapy that drains me, but their attitudes. No one seems to want to be there.  Normally, when I meet people like this, I’m constantly wondering, “Why are they so unhappy? What can I do to change their mood?  Are they always like this? Is there anything I can do or say to make them smile?”  Seeing them laugh becomes my mission.   But that requires a lot of energy, which I need to conserve right now.

Several years ago, at a KY Lottery Sales Conference, we had a key note speaker who talked about the impact of positive/negative thoughts on others.  As a demonstration, one sales rep was asked to leave the room for a few minutes.    The speaker asked us to think negative thoughts about that sales rep.  As difficult as it was to imagine this guy being anything but fun-loving and energetic, a room of maybe 75 people collectively were told to concentrate on this guy’s laziness (what a joke!) and how much we disliked him.  A few minutes later, he was called back into the room and asked by the speaker to extend his arm and hold it out straight in front of him. She said she would try to force his arm down, but he was supposed to keep it rigid in front of him.  The room chuckled as we tried to imagine this older woman forcing a thirty-something year old man’s arm to his side.  She actually did it with very little effort.  The volunteer said, “What? Do that again!”  And she did…several times.  The volunteer was asked to leave the room again. This time we were told to think positive thoughts-how handsome and charismatic the guy is, what a hard worker he was, and how much we admired him.  He re-entered the room and was again asked to extend his arm and resist her force.  This time, the speaker’s arm was quivering as she tried to force it down.  I was sitting close enough to see the veins in his arm bulge as he tried to resist the woman’s force. She tried using two hands.  That arm wasn’t moving.  Afterward, our skeptical group was asked to perform the same experiment on the person beside us.  The group at my table laughed incredulously, amazed that our thoughts had so much power.  Years later, I met Nadina, my naturopath.  She’s performed this test on me many times over the years to assess my nutritional needs and my body’s weaknesses.  Some see it as hocus pocus.  I find it fascinating.

In the midst of typing this blog, I magically, not coincidentally (don't believe in those) received a card in the mail from my friend Sylvia. How could I not smile? 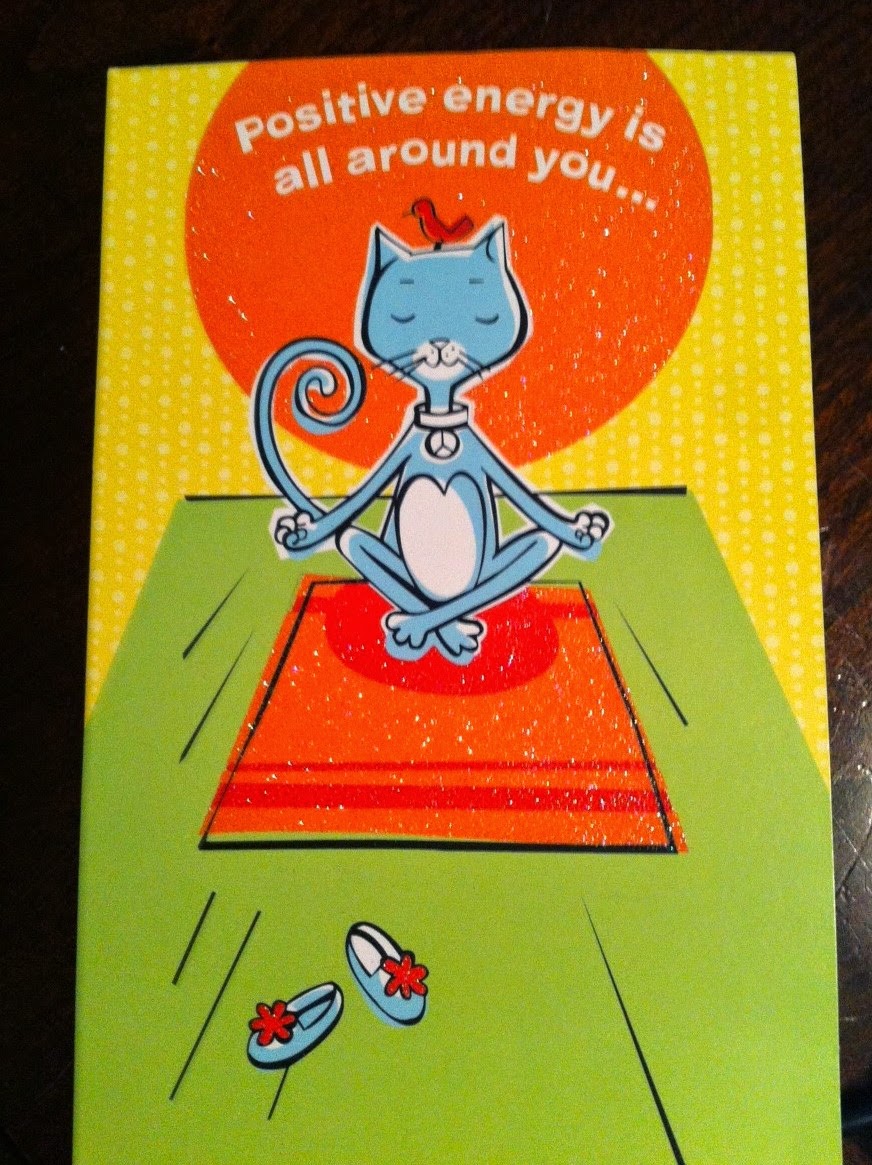 That being said, I know that a positive…and negative attitude are contagious, so I decided to switch physical therapists now.   I need to recover as quickly as possible from this surgery.

Many say everything happens for a reason and that we’re all here to learn lessons from life experiences.  It’s too soon to list those lessons now because I’m still learning and living them.  My longest hair, which despite the fact that I just had it relaxed, is a curly mop.  Before I had it, um, "straightened", I looked like Androgynous Pat from Saturday Night Live. 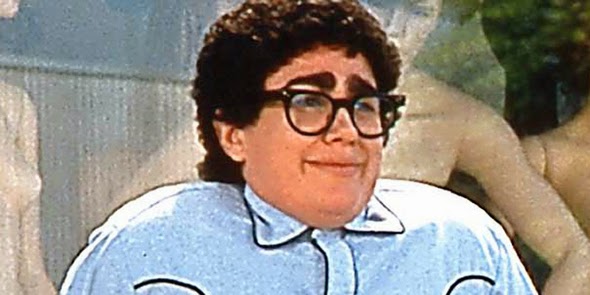 Now it's a whopping 2 ½ inches long and full of cowlicks.  After Lauren and the folks at Cha Cha's spent over an hour trying to force the cowlicks to lay in the right direction, I was given a 'do that I could go to the store wearing without a stranger saying, "Are you through with chemo? Or even worse, flash a pity smile. I decided I didn't have that kind of time, nor mobility in my arm.  I'll just have to continue "wigging" it for awhile. 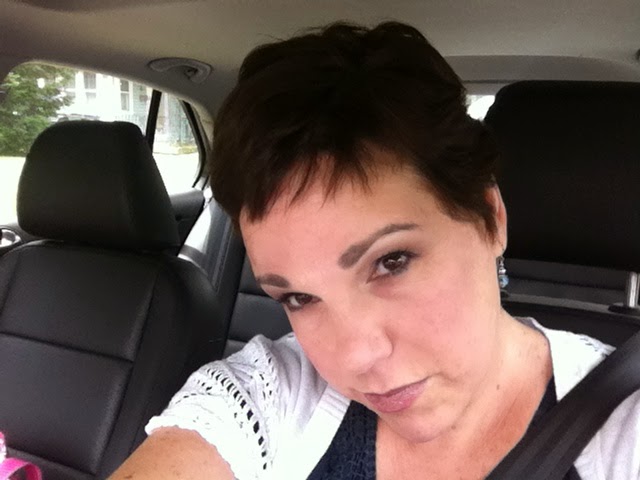 To add insult to injury,  I’ve gained almost ten pounds after starting the Tamoxifen (an estrogen receptor blocker) and the hot flashes from it are driving me insane.   I have to stay on it 10 years, says Dr. Moss.  At this rate, in 10 years I will weigh exactly 372 pounds.  But I’m here.  Dr. Moss said that that likely wouldn’t have been be the case in a few years if I hadn’t had that mammogram when I did.  Sure, I’m a little vain, but every time I look in the mirror, I’m reminded of the last year.  I just want to move on with my life.  I have a trip to Italy with Jeff to make someday, future grandchildren to spoil, Jordan's college graduation, and a challenging new position at the KY Lottery.  I don’t have time for cancer, shoulder pain, or bad attitudes.

What I do know for sure is that I’m really blessed to have had so many people support me with kind words and prayer these last 56 weeks.  I’ve learned who truly cares about me and who has my back.  Although I’ve cried a river this year, I think I’ve laughed a little more too.  I’ve made some new friends.  Several of them are like me, at the mercy of God and their oncologists.   I pray they’re as blessed as I have been.
Many have asked. “Is it over?” Lord, I hope so.  Once I recover from the  shoulder surgery,  the fatigue from radiation (which they say starts to subside a year after the last radiation treatment), and totally forget about my complications from my surgery last August, I might have reconstructive surgery to fill in the hole I now have in my left breast.   Spackle would work nicely.
For now, I’m taking one day at a time, nurturing my tired body and my positive attitude.